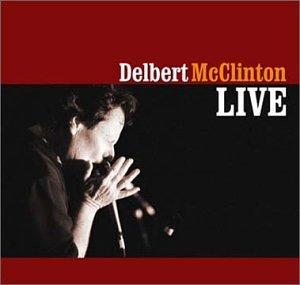 Delbert is the Blue’s Guy’s Rocker and the Rock Guy’s Blues Man!

The integrity of this recording both musically and sonically is as good as when I first heard Delbert Live on Austin City Limits (if you have a good home theatre sound system you know what I mean). I have several Delbert McClinton albums, even one of his country outings called “Honky Tonk ‘n’ Blues (also an outstanding musical work from start to finish “typical of this artist”).

I believe all the songs on this double live are from previous albums. I recognized several from his “One of the Fortunate Few” probably my single favorite studio album from him, which is an outstanding recording on CD  (@Rising Tide 1997), but as is possible on well recoded vinyl the dynamics are “huge” – what you should want on a “live” recording, because with a decent stereo system “you are there!”

Sometimes it’s the producer or the vinyl mastering tech which is responsible for a particular recording coming out this well, so I list these.  Sometimes I’ll notice one or the other having done the job for another album or completely different artist, which if I was otherwise on the fence about buying, I’ll buy on faith assuming the record quality is way up – and it inevitably is!

If you like Rock and Roll and/or Country in the style of John Cash, you’ll like Delbert McClinton, and if you don’t have any other Delbert albums, this is a great one to start with. The accompanying musicians on this album are phenomenal, as is usually the case when he plays anywhere “live”. Kevin McKendree on the Hammond B3 on many tracks including “Little Fine healthy Thing”, and the slide guitar work courtesy of Rob McNelley also on many tracks, but my favorite two being Squeeze Me In and Why Me remind me of some of the rarest slide guitarists I’ve heard of this particular style such as Johnny Winter and George Thorogood.

…and if you are into rockin’ blues – this is a must-have!

-The crew at Rich’s Records